Don Lemon: If you don’t have your vaccine, no supermarket, no job, no shoes, no pants, no service. They are pushing the agenda of vaccination or lose access to the system. You should really watch the clip, it’s sad to see such confidence in enforcing a vaccine that is not effective in stopping the spread, one critical element.

But here’s more data why this is all so confounding.

According to the trusted and all knowing and all seeing search engine, Google, a certain plague that’s present in the world right now has a few compelling statistics.

We can talk about long COVID-19, about how some people suffer much worse than others and then recover, and other nuances, but we know for a fact that most people recover and live to see another day.

Note that this is the data as of this present weekend.

My Science Is Absolute Science – You Will Obey My Science

The first point is that it is trending in this direction, it is my science over your science. There was a rapid push to bring about vaccines and deploy them. The thinking being that this shows that the government ( a deeply indebted government) (using your tax dollars) is doing something and taking action against this virus that South Park jokingly illustrated gives people a very slim chance of survival, the odds of surviving against the virus 99%. Of course, we are being tongue in cheek here.

Before the vaccine deployment, we saw that cases were actually trending down, right? At least, we didn’t see the mass hysteria of everything is crazy, the world is falling, the type of news we saw when the lockdowns started in March 2020. People went to the stores, went to work, and went on about their lives. The hospital being full of patients, became an issue that slowly trended down. People visited each other during the holidays, had weddings, traveled, and went out eat more regularly. They might have walked in with their cloth masks while they were standing (to fight the virus) and then sat down to eat (where the virus would call for a truce and leave them alone as they nourished themselves).

The science has been fuzzy from the start. For instance, Dr. Fauci has flip flopped several times like a fish out water, on the value of masks against COVID-19.

If you didn’t feel like wearing the mask and walked around without, you were less than, you were one of Hillary’s deplorables. Really though, people who didn’t wear masks were talked down upon, yelled at, and cursed at in stores by other customers. It was an interesting sight. Remember to pay attention to this critical point. Those who outsourced their brains to Dr. Fauci and company genuinely went full steam in their crusades against the unmasked. They are still fighting the good fight today. Now, this is not to say that I personally didn’t wear masks when going into stores, banks, etc. If they required it, I wore it, I’m not there to make a statement, I’m there to run errands. But let’s move on to the next part of the science. The one that is most astounding.

We quickly went from no vaccination and living normal lives throughout the portions of 2020 when restrictions were eased (still interacting all throughout 2020, just not as much, mind you) to having the vaccine and that becoming the new fight for justice for all. An important note here is that pre-covid-19 announcement by the White House in 2020, people lived normally and without care. Post announcement, the skies came falling down. Again, China was going crazy with its COVID-19 control efforts from mid to late October 2019 onward. China quickly went back to normal in January 2020.

We said, we’d call it an emergency in the first quarter of 2020.

But back to the earlier point, the vaccines became the new hard line in the sand. If you didn’t get it, you were now irresponsible. You could be killing someone’s grandma or grandpa. You could be killing their uncle or aunt. You were the problem, you were the super-spreader, not the endless riots, protests, homeless people, or other events that took place over 2020, no, it was you, you, the unwashed unvaccinated was the problem.

But what is interesting is that many doctors wondered why the quick ramping up and distribution of the vaccines, when there’s other therapies and drugs available to fight the virus in an outpatients setting! You didn’t need to have a heavy reliance on hospitals, the ventilators, or stress on the hospital system.

For instance, there are several doctors and professionals wondering why drugs like Ivermectin are quickly pushed out of the way while these new vaccines are immediately accepted.

Several doctors have success with the drug Ivermectin and notice that it works well in helping to treat COVID-19. Is it useful in all situations, such as when the virus has progressed within the system? I need to see more information. What I do know is this “I typically use it in combination with other agents. But I do prescribe it for virtually all the patients who come to me, as part of a treatment regimen, which I think is effective for folks,” Safranek, a Harvard Medical School educated doctor who has specialized in infectious diseases, said.

The doctor notes that “none (of his patients) have died and none have ended up on a ventilator. Of my outpatients who I have treated, only one, of the dozens that I’ve treated, has even ended up in the hospital.”

Yet, another doctor, one who is even more intriguing, who comes from the prestigious school, Yale, notes at a recent hearing “We are now finally coming to address why over the last six months, our government research institutions have invested billions of dollars in expensive patent medication and vaccine development but almost nothing in early outpatient treatment, the first line of response to managing the pandemic.

It is not that we lacked candidate medications to study, we have had a number of promising agents. But I believe that the early-on conflation of hospital with outpatient disease served to imply that treatment of outpatient disease had been studied and found ineffective. This illogical premise motivated me to look at the evidence for outpatient treatment, notes Harvey A. Risch, MD, PhD
Professor of Epidemiology, Yale School of Public Health.

I wonder if Biden or “Dr.” Jill, thinks that this Doctor Harvey, is a quack.

Finally, the problem here is that if there is any information besides that which is allowed by Facebook, Youtube, Twitter, and other big tech, is automatically fake news, misinformation, or otherwise, when that may not be the case. You can have doctors on both sides of the spectrum. You can have doctors saying that Ivermectin works and they can be right. You can have genius like Einstein question the current hypothesis on how reality is, put his own ideas out there and be right (people only acknowledged that he was on to something over thirty plus years later). Science is not supposed to be my way or the highway.

The other point is, did herd immunity go out the window?

Blatant Discrimination with the Vaccination Status

Alright, requiring a mask to shop, go to the bank, eat out at a restaurant, or go to the movies and work? That’s somewhat understandable. But then requiring a vaccine that the FDA has not approved is far from acceptable. If you are restricted in where you can work, where you can go, and how you can live due to the lack of the vaccination, then how is the United States, genuinely, the United States? Whatever happened to the line, my body my choice? That’s only for eliminating babies, I guess. That principle goes right out the window when we are talking about a vaccine that still does not prevent you from being a carrier and spreader of COVID-19.

What genuinely grinds my gears is when people get their vaccination cards and then laminate it or wear it as a badge of honor.

The issue is that if you take it as a fact and accept that you can restrict people’s movements and activities whether they have the vaccination or not, you are throwing out the principles that make the United States of America what it is.

More businesses, schools, and places of work leaning toward requiring the vaccination, that is not to say that a lot of them have already done so, but more are leaning in that direction. That is where proof of shots come into the picture.

According to a recent report “let’s say you are planning to visit Hawaii – you’ll need to be vaccinated or show a negative coronavirus test if you want to avoid quarantine. You’ll need proof to work in the federal government, at tech firms such as Google, Facebook and Uber, and a growing list of other companies. And in New York and San Francisco, you’ll need it to go inside a bar, get a seat at some restaurants, or take in a show on Broadway.”

It starts with a physical card to gain entry into good jobs, place of entertainment, and to visit the old pub. But then will evolve into digital cards that you just conveniently store on your device. Now, the government will let you identify as a different gender on different official documents, and some people are now seeking to identify as a different race, if that’s the case, can’t I just identify as vaccinated? It’s all fluid at the end of the day, right?

The reason why this is an issue is because governments in places like the Philippines have already noted that you can’t come outside of your house if you are not vaccinated. Others, like Pakistan have noted that they will garnish a portion of your wages if you do not get the vaccination. Pakistan is also one that has noted that it would block sim cards, taking away your ability communicate in this digital era. In a world that is centralized, where telecoms, public transportation, essentials, and more governments are in alignment, different policies can be adopted across the board and minimize freedom. This is already happening in other ways, for instance, the global tax shows governmental collusion and restricts freedom.

It is essentially notes, you will keep your money here and you will pay our taxes. Where else are you going to go?

The issue of full digitization, and mandatory elements that grant you access to essential spots, is one to pay close attention to. Give a little power and then government takes as much as possible.

The government is implying as employers like Walmart to Google command highly paid workers to get the vaccination before coming back to the office, where else are you going to go? You are living within a system, our system, if you want access, do what we tell you. 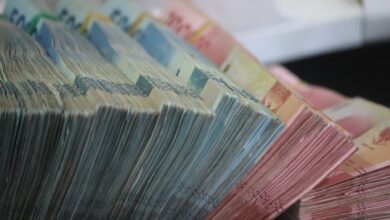 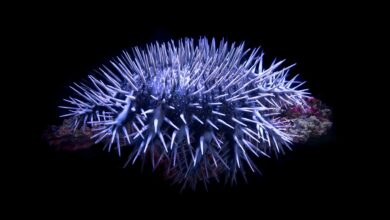