The United States 2020 election results seem to be shrouded in mystery and the level of probity in the entire election process seems to be dwindling in the eyes of not only the legislators across the fifty states but also to the eyes of the voters who participated in the constitutional exercise of their democratic rights. This is evident from the fact that a whopping 92 state lawmakers throughout the entire country were recently calling for a forensic re-analysis of the elections outcomes from election that were undertaken in the quest to fill the presidential seat with the 46th president of the United States of America. They all signed the state legislators’ letter addressed to the American citizens.

It had come to the attention of the state legislators from their review of ballots rounding up to approximately 2.1 million in number, in Arizona accompanied by a vast canvas of Arizona votes that their republic, which they wholesomely represent had suffered from inaccurate and incredible election in 2020. This allegation was not without proof as it was backed and supported by a variety of multiple reviews of data by experts who were independent. The state legislators alienated and singled out Maricopa County, an audit for Arizona as an illustration of their numerous audits and multiple state canvasses. The big elephant in the room was the much dreaded election fraud. Could the much sophisticated United States be a victim of dubiously conducted election? If so, this could have really serious ramifications on the entire United States’ public image. Nonetheless, the state legislators, backed with hard-core evidence had set out to ensure that the previously conducted 2020 elections results were to be trusted. Otherwise, why would they be reaping their pay checks, deducted from the tax payers’ hard-earned coin?

That the entire 50 states needed a forensic audit was the general conclusion from the undertakings of the devoted state legislators. Apparently, they would not rest or cease their efforts until the voter rolls were scrubbed with the voters’ canvass and this was aiming at ensuring the plenary probity of future United States elections.

What Would Happen Next In Such An Event?

Should the outcomes from the much spirited reviews by the state legislators prove that the election results were incorrect or inaccurate, as it was in Arizona as well as numerous other states, it would be a glaring truth that the electors’ certification belonging to many of them had been inappropriately issued in January 2021 of the 2020 United States of America Presidential Seat Elections conducted in November. If this was to be the case, what would America’s next step be? Would the country eventually circle back to the election much tedious Presidential election process?

In basic numerical terms, the state legislators were seeking to determine whether the now serving President, Joe Biden would have received less than 270 total tallied electoral votes, or his predecessor, the big old Donald Trump would have received higher than 270 total tallied electoral votes. If the aforementioned scenario had occurred, then there would have been a convention of the House of Representatives of the United States in accordance to the United States constitution following the one vote per state criteria to determine the rightful owner of the Presidential Seat. This was in line with the constitutional process of selecting electors.

After the Maricopa county of Arizona’s extensive audit of forensics, there was a revelation of the staggering number of discrepancies and endless problems with the EV32 and the EV33 electoral forms. This was definitely not without a number of other consequential election probity mishaps. Apparently, Joe Biden who had beaten Trump only by a narrow margin of electoral votes was not authentically sitting on that much desired seat.

The conclusion of the entire review by the legislators of the state was indeed with its own fair share of shocking revelations to the devoted voters of the great United States. It was noted that the total number of voters in Maricopa county of Arizona, casting votes for their most preferred Presidential aspirants, were non-existent as per the records and they by far outnumbered the victory margin that the now serving President achieved in the first place to conquer that really powerful seat. The pressure mounting from these revelations which most American citizens did not see coming pushed Karen Fann, the Senate President of Arizona to actualize the decertification of the 2020 Presidential election results, since the outcomes of the political race appeared vague and unknown.

The state legislators made a reference of their letter to the Hawaii case back in 1960 who pushed for the decertification of first election results and later on took on a latter set of electors, following discrepancies and multiple errors in the former action.

Pointing out at Section 2 of Title 3 of the Code of United States, following an election by the state and its failure to choose the elected leader on the predetermined date, determined by the law, it was to be assumed that the seat had been illegally issued as the votes would not be legal. Electors would afterwards be appointed as per the legislature to fix this issue. That is exactly what had been done. 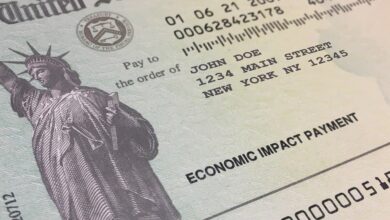