One of the most ironic aspects of woke politics is inclusion mixed with exclusion. You can be entirely woke and be fully inclusive of most people, not all.

As someone who subscribes to the work agenda, you must ensure virtue signals and show that you are in line with climate change, embracing as many genders as possible (hint: there’s only two biological ones) and calling out isms as much as you can to show your moral superiority over others.

Much like Hillary Clinton with her “deplorables” comment, noting that the other portion of the United States that didn’t support her was somehow less than in the 2016 elections.

Mayor Lightfoot chose to stay in line with the overarching woke discrimination policies that’s slowly seeping throughout the United States in various forms.

What is this one centered around? Racism. This one is definitely a doozy.

Someone told Mayor Lightfoot of Chicago that you do not solve racism by being racist. If racism is discriminating against someone due to their race or skin color by holding out opportunities, then Mayor Lightfoot is a racist.

Chicago Mayor Lori Lightfoot boldly noted on Wednesday that will provide exclusive interviews to celebrate her two year anniversary to journalists of color. She noted that there’s too many caucasians in the press corps of her city.

This begs the question, why does Chicago Mayor Lori Lightfoot have to exclude one race to provide opportunity to others. Sure, if you are looking to encourage more people of color journalists, you can state that you will have time slots for that specific category.

She noted “I ran to break up the status quo that was failing so many,” Lightfoot, who is Black,tweeted.

That has to be one of the most sad but hilarious tweets she’s sent over her career so far. If she really believed that there was so many issues, then why do you start now, in 2021, to conduct race oriented initiatives?

She further stated “that isn’t just in City Hall. It’s a shame that in 2021, the City Hall press corps is overwhelmingly White in a city where more than half of the city identifies as Black, Latino, AAPI or Native American.” First, unlike Rachel Dolezal, you don’t identify as a race, you either are you aren’t.

Then, if more than half the city is of that ethnicity, that’s great but how does that relate to the demographics in the press? The members of the press are either slowly diversifying naturally over time as more people take interest in journalism, or it isn’t.

In the end, it is further focused on race as opposed to figuring out the real problems from economic issues to education and other elements that help create a prosperous city or nation. It is easy to focus on surface level issues instead of looking at the underlying problems that is genuinely affecting the city. That is a task that is much harder and more difficult to gain consensus on and around. It is easier to drive animal spirits by tapping into the flames of race and rage. 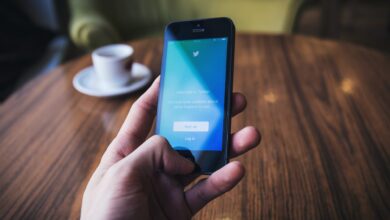